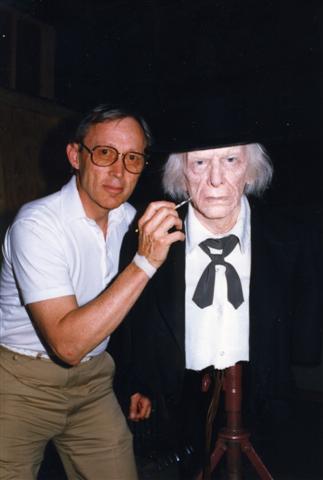 Above, Makeup legend Dick Smith puts the finishing touches on a Kane prop head. This was used in the original ending of the film. The brown metal pole/tripod ran up inside of the body, with a very bright lightbulb inside the head (you can see the electrical wire hanging down). There were very fine cracks on the face, and when it was time, the lightbulb could be turned on so it would appear that "lines of light" would erupt across Kane's face.

Here's how Doug Drexler described it:

Yes, the splintering Kane head. I remember it well. Dick Smith hand tooled that prop. My god, it was a lot of work, but Dick was intrigued by the idea, and wanted to do it himself. It was a hollow plaster cast. Dick literally carved all the channels from which light would shine through from behind. The challenge, or should I say, the hell of it, was that Dick needed to carve the channels to within a hairs breadth from the surface of the face without breaching the surface. The effect was startling, but Gary Sherman ultimately was not happy with the results. This was no fault of Dick's. In the [original]cut, the thing just sat there stationary, in all of it's glowy, fissure filled glory, and looked just like what it was; a stationary prop... a statue. It's my opinion that some creative cutting in the edit could have made it work, but this was not forthcoming. Someone got the idea that whacking Kane's head off with a shovel would be cooler [in the re-shoot]. So there you go. 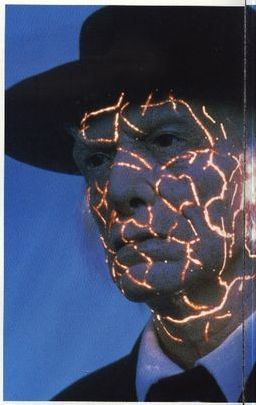 Above, the prop, with the light turned on. 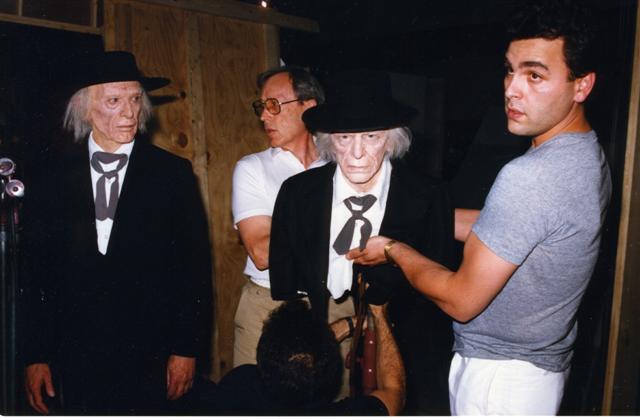 Actor Nathan Davis (Kane) gets ready to shoot the ending of the movie with his mechanical double. Also there are SFX men Dick Smith (in the white shirt), Doug Drexler (below) and John Caglione (on the far right). 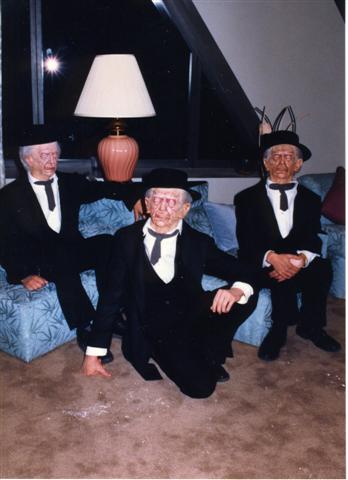 Above, the three Kane "stunt masks" and their wearers. This was for the scenes where first Bruce and Pat, and then Donna, walk down the mirrored hallway as the images of Kane open the doors and look out. 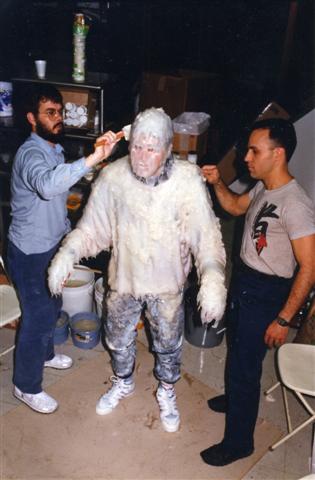 Makeup artists Kevin Haney and Doug Drexler put the finishing touches on the stuntman who is wearing Scott's "ice suit." 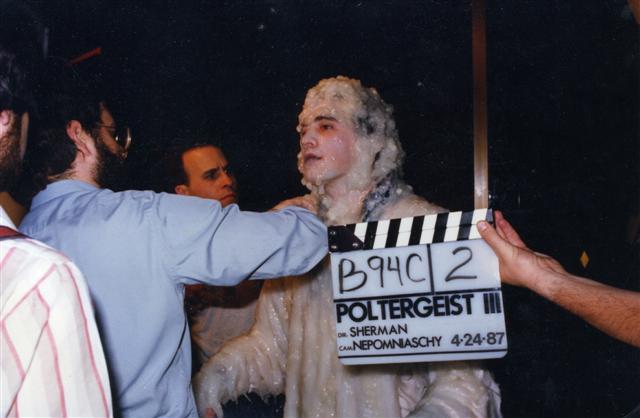 Getting ready to film the "Scott up from the pool" scene on location at the John Hancock Center. 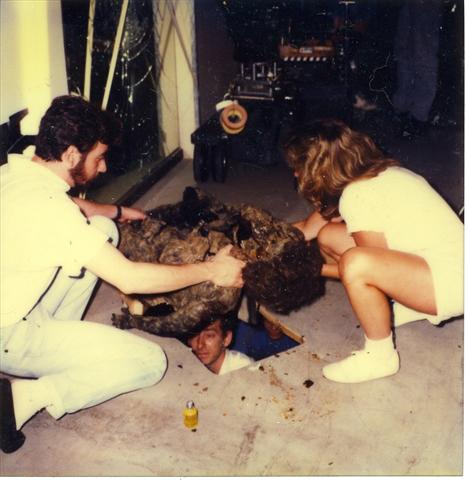 Above, getting ready to film the "Donna emerges from Tangina's belly" scene on the stage. The effect was pretty simple-Lara Flynn Boyle would crawl up out of the hole in the floor and through the "Tangina mummy" that was placed over the hole. 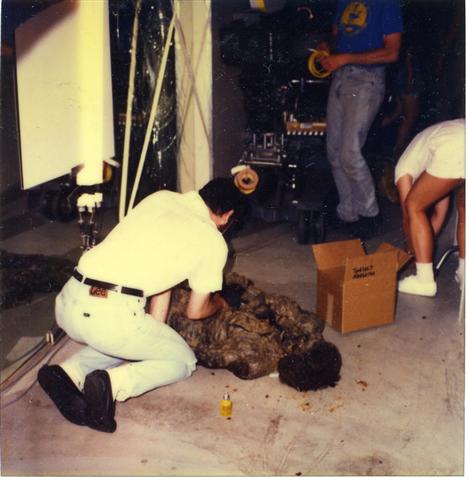 Putting the finishing touches on Tangina's supposed dead body. Notice the cracked mirror on the left, from the scene where the evil Carol Anne (really Kane) touches the mirror and causes it to crack before pulling Tangina into the other side and then replacing her with a fake dead body above to trick the other characters (got that?) 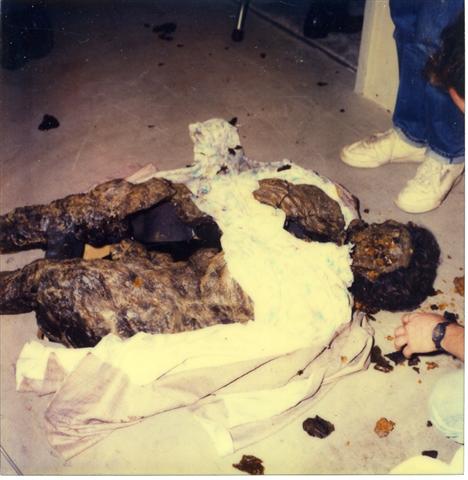 Ready to shoot. Isn't this disgusting??!

I recently received this email from Doug Drexler. Here's what he's up to today. Check out his blog-it's very cool!

Hi David!
All is well.

Been doing VFX on the new Galactica, now on to the spinoff!

I recently came across some more P3 stuff. I will find it for you. You are doing an amazing job by the way!
I have a blog these days, Check it out when you get a minit - http://drexfiles.wordpress.com/