POLTERGEIST III: behind the scenes pictures 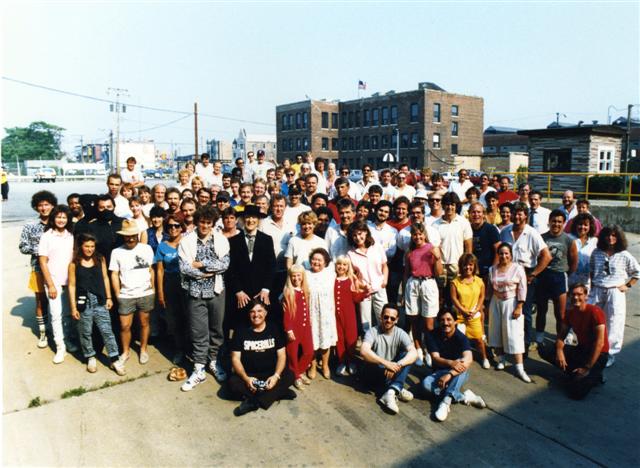 above, the cast and crew photo, likely taken after production was wrapped 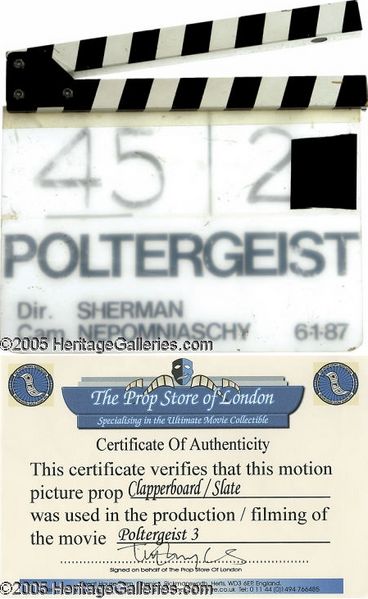 (above, a P3 clapboard used during production. Celia of the Heather O'Rourke site won this rare item on Ebay)

The pictures on this page are from the behind the scenes featurette, "Poltergeist III: The Special Effects." The full 5 minute video can be seen here, courtesy of the Heather O'Rourke.net Web site

(you may have to register free to view the clip)

The maker of this behind the scenes featurette, Don Cambou of Cambou Productions, informed me that they actually filmed an interview with Heather O'Rourke that was not used in the final cut. It may have been removed after Heather died (the electronic press kit footage I have says that this segment was "REVISED" in May of 1988). Don said he didn't have any of this footage in his files, but believes MGM might.

note: All photos on this page are courtesy of the Heather O'Rourke Memorial Site. 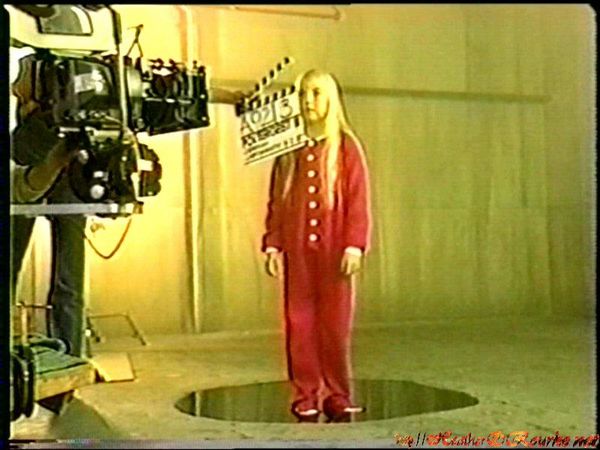 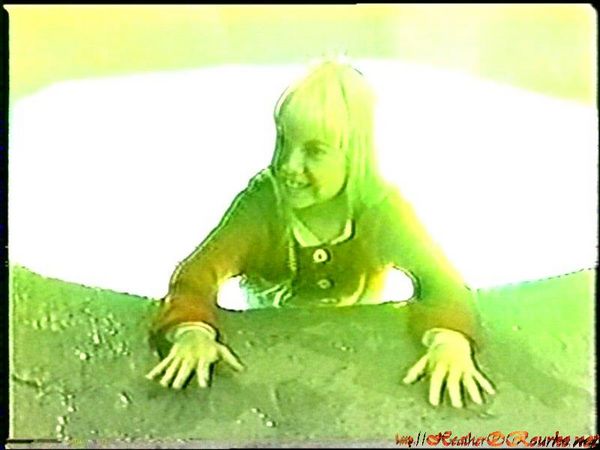 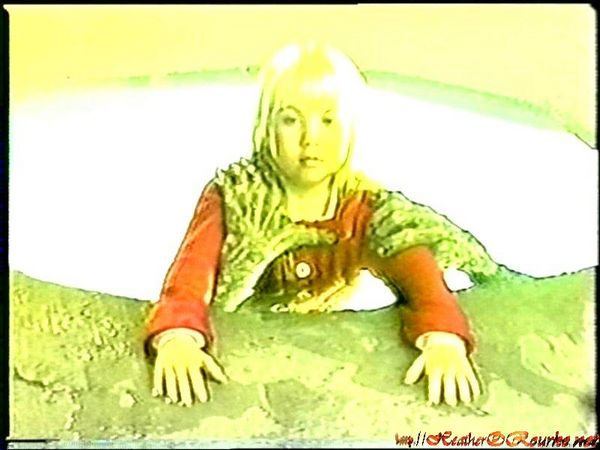 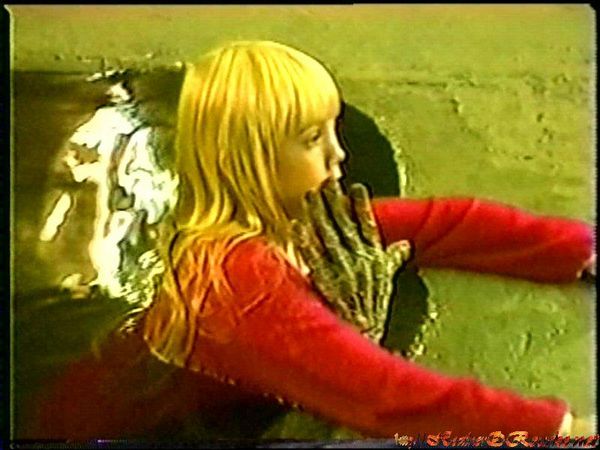 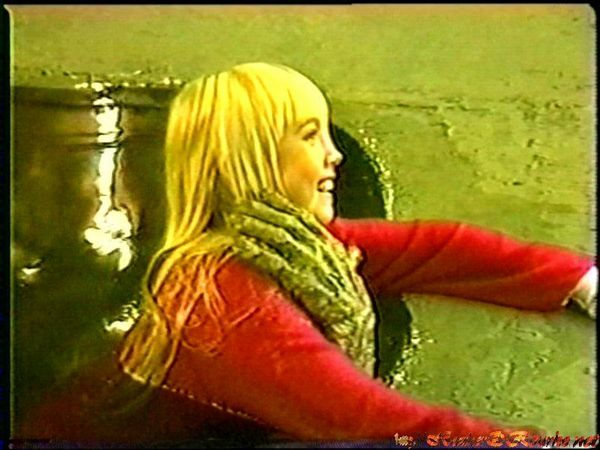 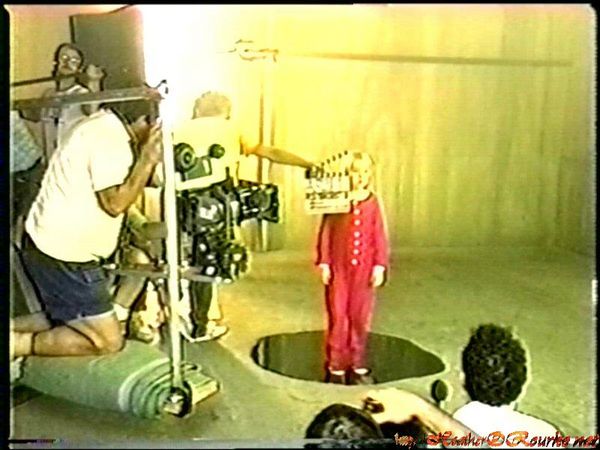 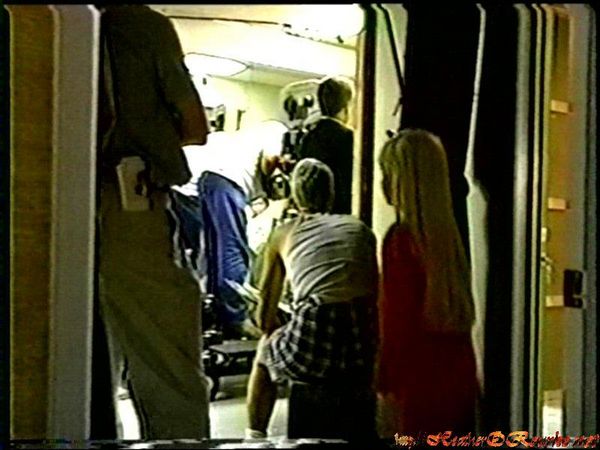 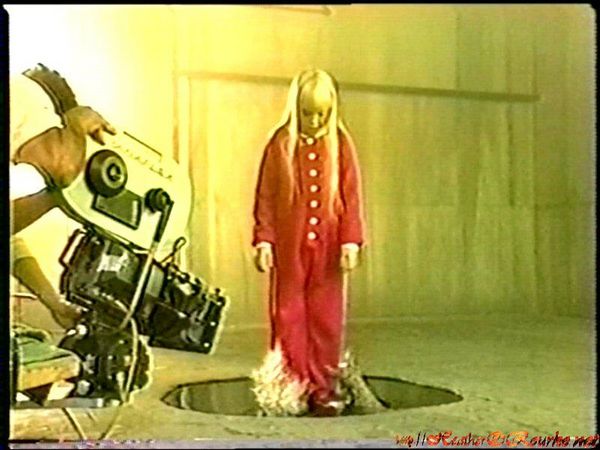 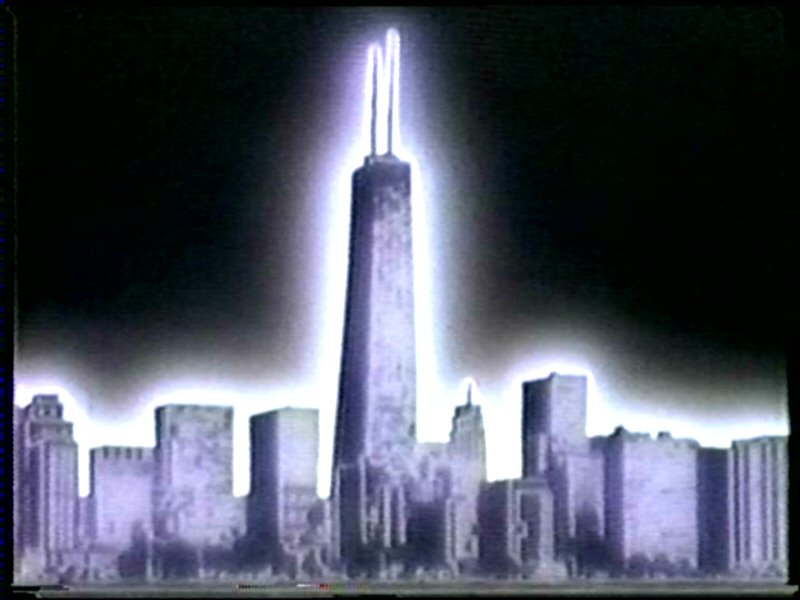